I created an Outlook VBA macro to allow the user to automatically create/run a rule to move the currently selected or opened email to a user-selected Outlook folder path. It will only create the rule if it doesn't already exists, and in either case it will prompt to run the rule on all message in the current folder.

It's been working OK until suddenly I'm getting a VBA error "-2147221233 The attempted operation failed. An object could not be found." (see green-highlighted line in the code below) trying to retrieve one of the rules. The rule that it's failing on has existed for years. Unlike the other rules that are based on acting on the sender's email address (or message header - that's due to the pervasive use of "<email address with random suffixes> on behalf of ..." used by allegedly legitimate commercial email vendors - don't get me started on that one ), this rule acts on 'selected properties' (via 'advanced search') then performs actions (deletes emails with blank subjects) and includes exceptions.

The only thing I could think of was perhaps the PST file was corrupt so I ran scanpst on it, but the error persists. I've been forced to incorporate a kludgy error handler to make the main loop that reads the Name property from each rule in the collection skip the offending item and continue. Would be useful to better understand what is causing this sudden failure. Here's the code snippet:

'Determine if rule already exists for the sender's email address (don't want to create a duplicate)
bRuleFound = False
i = 1
Do While Not (bRuleFound) And i <= colRules.Count
'Look for rule named after strSenderEmail
If colRules.Item(i).Name = strSenderEmail Then
'If Rule name found, mark it as found and exit
bRuleFound = True
'run the rule without creating the duplicate
colRules.Item(i).Execute ShowProgress:=True, folder:=oCurrFolder
Else
Skip: i = i + 1
End If
Loop

End Sub
</code>
.
.
.
Ironically, with Outlook's convoluted object model, it turns out to be harder to specify a Outlook path (\\<mailbox store name>\folder\subfolder) path then to use the GetNameSpace("MAPI").pickfolder method, since the MoveToFolder method requires a folder object. I had to write a function GetFolder(<Outlook folder path>) to parse the path and return a folder object.
D

Was trying to edit the code snippet (I had HTML style <> instead of []), but now it's denying me from editing the post (it allowed it just a minute ago) ??!!

To answer your question, strSenderEmail does have the correct value of the the selected message email sender's email address, so that mystery remains.

I did encounter one additional problem. When the rule.execute method was invoked in a search folder (such as 'Unread Mail'), I'd get an VBA error "-2147024809 Sorry, something went wrong. You may want to try again.". If the rule was manually run via the Rules Manager, it would work fine. When I added the True property to the rule.execute method, it worked once but it showed that it was running the rule on folder Inbox, not Unread Mail (the current folder and oCurrFolder has that value and is being passed to rule.execute). After that, it fails again when run in Unread Mail search folder as before. This computer is running Office 2016 64-bit

On another computer running Outlook 2013 32-bit, I tried the same code on the same PST file and got the same 2 separate problems
Dazed and confused (listening to the Led Zeppelin tune now...)
L

To have an indication of a native VBA method available on a new mail compose that would be triggered at any written word / phrase (or as often as possible), or a guidance on how to create an observable of a dynamic form property.
Purpose:
One Outlook functionality that could be interesting to have is to know its readability values as the mail is composed. I know they can be obtained by doing the spell checker, but I'd like to avoid the burden of doing the spellcheck to get the result - I'd like to see numbers going up and down as the mail is written.
Problem:
I kind of created the function I'd need but I failed to find a method that could trigger it at every word written. I'd assume it'd be something like WordEditor_Change, HTMLBody_Change or something alike. It'd be similar to the Worksheet_Change we have in Excel, where values can be obtained as the Excel sheet is edited.
I tried to set an observable of WordEditor.words.count but also failed miserably.
What I have so far:
WithEvents myMail As Outlook.MailItem
Private Sub Application_ItemLoad(ByVal Item As Object)
Set myMail = Item
End Sub
Sub checkStatistics()
Dim objInsp As Outlook.Inspector
Set objInsp = myMail.GetInspector
'Enum Outlook: OlObjectClass (enumeración) (Outlook)
If objInsp.EditorType = olEditorWord Then ' outlook 2013
'Doc obj: Document object (Word)
Set objdoc = objInsp.WordEditor
Dim var As ClassHandlesEvent
Dim tst As classWithEvent
Set var = New ClassHandlesEvent
Set tst = New classWithEvent
var.EventVariable = tst
tst.value = objdoc.Words.Count
MsgBox objdoc.ReadabilityStatistics(9) & ": " & objdoc.ReadabilityStatistics(9).value & vbCrLf & "(Ideal values above 60)"
MsgBox objdoc.ReadabilityStatistics(8) & ": " & objdoc.ReadabilityStatistics(8).value & vbCrLf & "(Ideal values above 60)"
End If
Set objdoc = Nothing
Set objInsp = Nothing
End Sub
The below code that you execute
Set objdoc = objInsp.WordEditor
Gives you a WordDocument so now you have a WordVBA question instead of a OutlookVBA question. So you want an onchange event on changes to the document
D

Lewis-H, not sure what your last post has to do with the issues I presented with Outlook and how rules handling is turned into mush by VBA in 2 different ways (they work fine creating a rule by rules wizard or by running rules via Rules Manager).

That code usually means the object can't be found.

Do you need to use rules or could you use a macro? If you are running the rules manually and not as mail arrives, a macro could work.

Or use a filing app - quick file is popular - 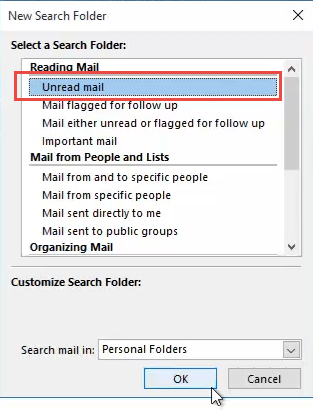 How to use Move to Folder commands, Quick Steps, or Run Rules Now to file email messages. Or use fewer folders and Instant search or Search folders to find messages.

Didn't have correct notification settings, so I didn't see the latest response until now.

Didn't understand your response - I'm attempting to write a VBA macro to work with rules and it's failing the rule.execute method when the current folder is a search folder - nothing documented about such limitations with the rule.execute method. Running the same rule via the Outlook Rules and Alerts works fine and that's the issue - if it fails with VBA code, it should fail running manually.
D

Going back to my 4/4 post where I listed the 2 baffling error conditions:

Going back to my 4/4 post where I listed the 2 baffling error conditions:

Update on item 1 above - now solved:

The rule that VBA it was choking on (see 4/4 post) had an exception condition "except if sender in Contacts". This may have been caused by my Outlook Contacts (which is actually iCloud Contacts) had gotten corrupted and I was getting a "...set of folder cannot be opened..." error trying to open iCloud Contacts in Outlook (same with iCloud Calendar). This is apparently caused by a recent Windows Update - not sure which one - I rarely access the iCloud Contacts directly in Outlook, so this problem may have been 'lurking in the shadows' for some time. Once I pointed the Contacts portion of the rule exception to iCloud Contacts folder, the rule ran OK in VBA.

Now, with both issues solved, I can mark this issue as closed. Damn forum rules - won't let me delete accidentally duplicate prior post (didn't notice it until the 10 min had passed). Also, won't let me mark this reply as the solution. &^*%$#@!!