I have been using the following settings for a while now when setting up user's access to IMAP account under Outlook: 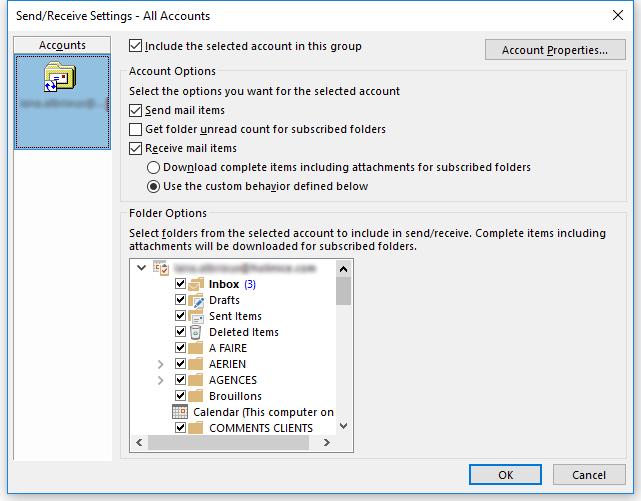 But I have recently come across some issues, especially concerning synchronisation :

Lately I read that if the user's sub-folders are actually within the INBOX folder and that one indicates "inbox" in the advanced settings. I tested this but the sync errors didn't disappear : 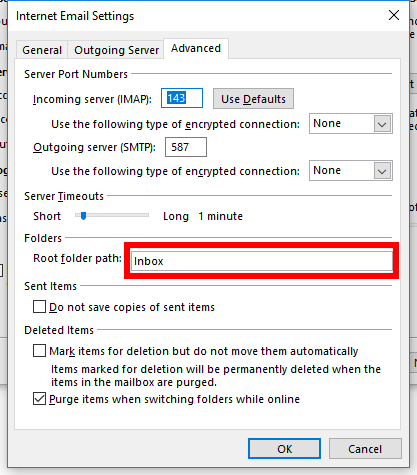 My ISP, Infomaniak, however assures me that it is good practice to create subfolders at the same level as the inbox rather than within the inbox itself

So I followed their advice and moved the folders out of the inbox and ran the sync again and I'm still getting the sync errors: 8004DF03-0-0-560

Any one care to share their thoughts and experience concerning these different issues and settings ?

Yann Shukor said:
My ISP, Infomaniak, however assures me that it is good practice to create subfolders at the same level as the inbox rather than within the inbox itself
Click to expand...

The use of the \inbox path and location of the folders is entirely dependant on the imap server - if the isp says you don't need it, don't use it. (Only a small % of imap servers need that).

Are these send and receive errors or errors in Sync issues folders? Do they include text or just the numbers?

This is a sync issue in a gmail account - basically what it is saying is 9 things were deleted from the inbox but something is out of whack. Based on the time stamps, its when i went through and deleted a bunch of mail - an hour later i had the same error but no item count and then the errors stopped. That tells me that the issue was resolved. In this case, it looks like i was deleting and outlook resyncing faster than the server could update the deleted list - there were 3 sync errors generated in less than a minute referencing 7, 11, and 19 messages.

sometimes these messages will reference a specific message subject - that means it is having trouble syncing it. if the message size is 0 in outlook, move or delete the message.
Diane Poremsky [MVP - Outlook]
Outlook & Exchange Solutions Center
Outlook Tips

Thanks for your response Diane

I finally settled on the sub-folders being at the same height as the Inbox, as recommended by the ISP

We will keep this under observation to see if it lasts